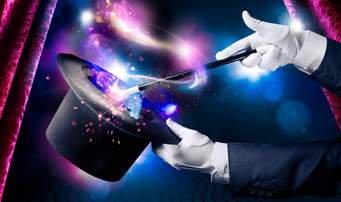 This piece was written originally two Christmases ago. I apologize to the handful of readers who have read this before. But I did say in my first piece on Of Vice And Zen that some of my old work would make its way onto this blog. Now it has a real title and a fun picture! As I sat down to write this week’s publication, I realized that I didn’t  have everything just the way I wanted it. Unlike my underwear and socks that will be put away days after I finished doing laundry, I want my writing to be completed wholly. In addition, I took my daughter to the doctor today (nothing serious), and experienced a moment that reminded me of this piece. She took control of the appointment, talking to the doctor in her own words. A helpless child was not standing in the room with me. I was in the company of a growing woman. It was a breath-taking and humbling moment. So, without further ado (I’ve always wanted to have a reason to say that)…

“How does that train not wake up his parents?”

This is heavy stuff. A question posed to me by my nine year old daughter while we decorate the Christmas tree and watch The Polar Express. This question inevitably leads to awkward answers we parents have to carefully supply to maintain the illusion of magic. Answers that often only lead to more questions and more awkward answers. Which then lead to more questions. I think I handled it like a pro. Vague, calculated responses that made me think a future in politics could be lucrative, assuming I actually knew anything about current events outside of my newsfeed. Don’t get me wrong; I would unfortunately rock any discussion concerning the status of the Kardashians or wildly inappropriate memes, but I’m not sure that knowledge would effectively run a country.

Regardless, I digress. What this random question triggered in me was a line of thought that brought a sadness. I came to the realization that this might be the last year this beautiful young lady believes in Santa. The rumors have already begun in her class. They revolve around rational thoughts leading to suspicions that their parents might very well be horrible liars who have manipulated them into being good (at least for the last couple months) by threatening the disappointment and passive aggressive wrath of a bearded fat man who spends an absorbent amount of time playing with toys and tiny slave workers.

Sadly, once the myth of Santa falters, soon follows the Easter Bunny, the Tooth Fairy, the understanding that spinach can make one strong like Popeye, and the acceptance that Dad really did make that quarter disappear behind the ear. There goes the magic. I thought about this with immense disappointment. The passing from being a child of wonder to a person of skepticism.  But is that really the case? Not necessarily.

I smiled while I watched her put the last few ornaments on the tree. She has so many more moments of magic ahead of her. Are these moments about mythical people or creatures? No. But they will be no less powerful. They require an amazing recipe of hope, faith, joy, and unbridled belief in something bigger and far more mysterious in the world. I’ll touch on some of them. Feel free to add to the list your own magical moments post-fairy tale apocalypse.

Yes, I left certain moments out. I did this for two reasons. First, as I said, you should fill in your own. Secondly, some moments are not meant for a father to recognize due to his daughter’s lack of anything resembling romance, and the fact that all men in her life will be eunuchs.

I don’t know much, but I know this: I will hold onto the childhood magic as long as I can. However, when it goes, I won’t be sad. Look at this life, baby girl. Look closely. Pick a card. Any card.

One thought on “Do You Believe In Magic?”