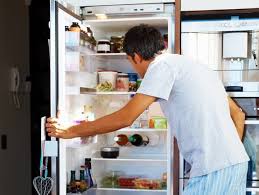 As a single man, I pride myself on my home being pretty clean and organized by typical single-guy standards. The dishes in the sink are at least scraped and rinsed. The inside of the shower, including the grout, is white. There are generally only a couple items of clothing on my bedroom floor. The inside of my toilet doesn’t look like a crime scene. My carpet, despite the best efforts of my cats and their apparent bulimic tendencies, is free of stains and vacuumed regularly.

Occasionally, I get in the mood to go full-on with my cleaning. Sometimes, this entails the bi-annual dusting of everything. How the cats still have fur on their bodies is beyond me. During these cleaning sessions, the toilet gets even more attention. Oh yeah. I get down on my hands and knees to scrub that awkward base of the toilet by the goose neck. Standing naked in front of a crowd of strangers wouldn’t make me feel as vulnerable as when I have my face that near to the receptacle that disposes of the fecal matter in my home. There’s an irrational fear that the contraption will choose just that moment to regurgitate its contents in a horrific spray. Every decision to eat buffalo wings and imbibe alcohol will flash before my eyes just prior to succumbing to death from disgust and shame.

Cleaning mode very recently brought me to the task of cleaning out the fridge. With this, I am not referring to the tossing out of old boxes of leftovers from restaurants. I’m talking deep cleaning. Removing the items individually, scrubbing the shelves and drawers, and then placing the items back in after taking inventory. Do you ever feel pretty good about your life? Do you feel like you’re an adult who can handle life? Deep-clean your fridge. That will bring you right back down to reality. The refrigerator is better than any journal. It contains all past hopes and dreams, moments, and even relationships, like some twisted scrapbook. Saving all my daughter’s art work since pre-school notwithstanding, I never considered myself a hoarder. The refrigerator called bullshit.

The door of my refrigerator was only a teaser trailer for what was to come. On it, I found a few strings of photo booth pictures I took with my daughter…four years ago. That’s fine. Pictures are meant to be displayed for the purposes of nostalgia. Then there were coupons. They were more recent and only expired a year ago. Texas Roadhouse offered a free kid’s meal to my daughter if I only signed to prove that she’d read three of the multitude of books she’s read since she brought it home from school. I won’t mention how many times we’ve eaten there since she brought the coupon home two years ago.

And then inside this chilled time capsule. At the back, I found a box of baking soda opened slightly to absorb any odors from foods. That baking soda not only absorbed nothing any longer, but had become roughly the consistency of the titanium used by NASA. At some point, I must have considered myself a connoisseur of ranch dressings. In addition to the regular ranch that actually gets used, I found BBQ ranch, spicy ranch, and Southwest ranch. Three bottles of mustard. One of those bottles is still edible enough not to kill me. A small bag of baby carrots for when I decided to snack only on vegetables. It was half empty. The half that were left had the consistency of stale gummy worms. A tub of garlic butter from when I decided to cook dinner for my ex who split with me a year and a half ago. Bottles of Angry Orchard hard cider that I bought last Superbowl Sunday for a woman in whom I was interested. She never showed up and I was stuck with gluten-free alternatives to real drinking. The crisper drawer held roughly seventeen thousand plastic tabs from bags of apples. If apples could talk, they would refer to my crisper drawer as Auschwitz. If “an apple a day keeps the doctor away,” my daughter is going to be immortal. The bottom shelving inside had a nice brown hue from the time I decided to let my daughter pour her own Diet Coke out of a full two-liter bottle. That Diet Coke somehow made it inside the fridge, on my kitchen counters, the kitchen floor, and onto my socks. I was proud of how well she cleaned up her mess, until I pulled out the jug of iced tea that had been sitting in the back since Thanksgiving. This was just below the Hershey’s candy cane kisses from Christmas.

Then there was the freezer, or as I like to think of it, the retirement home for nutritional endeavors. In fairness, the ice is always fresh. Papa needs his cocktails chilled. However, in the opposite corner, I found half of a boneless ham, which will be great for dinner some night when I remember that it’s tucked away behind pizza and microwavable burritos. Homemade frozen yogurt bars that were inspired from a Pinterest recipe. They were healthy and delicious, the two out of ten that we ate. The seasoned chicken breasts that were grilled and then placed in the freezer in lieu of the craving for fast food that suddenly overcame me. Those chicken breasts represent the exact moment my inner fat kid stood tall. A bag of teriyaki chicken that had somehow survived two moves and was likely more chunks of ice than meat. An entire rotisserie chicken that was brought home to make shredded chicken tacos until I realized that I had somehow misplaced my crock pot. Basically, if there is a purgatory for chickens, it is my freezer.

Sadly, I found it difficult to get rid of most of the items I tossed out. They reminded me of various points in my life over the last couple of years, both good and bad. Now I’m just stuck with a boring refrigerator containing items that won’t send me to the hospital or make me cringe in repugnance. Give me a year. If you find me staring blankly into the fridge in the middle of the night, I might not be drunkenly searching for snacks. I might be reading my diary.

One thought on “The Secret Diary”